New sail for a Cornish Crabber 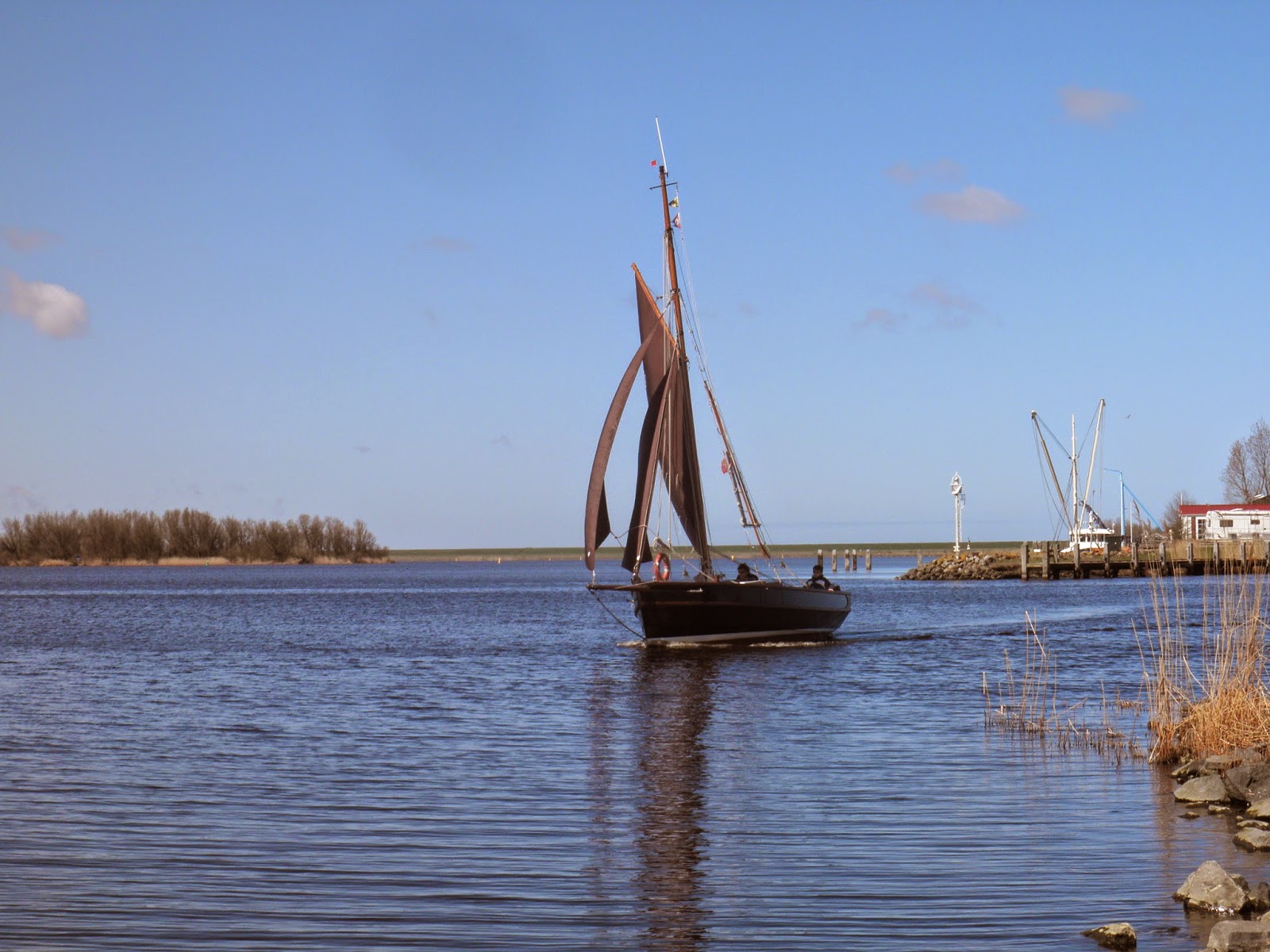 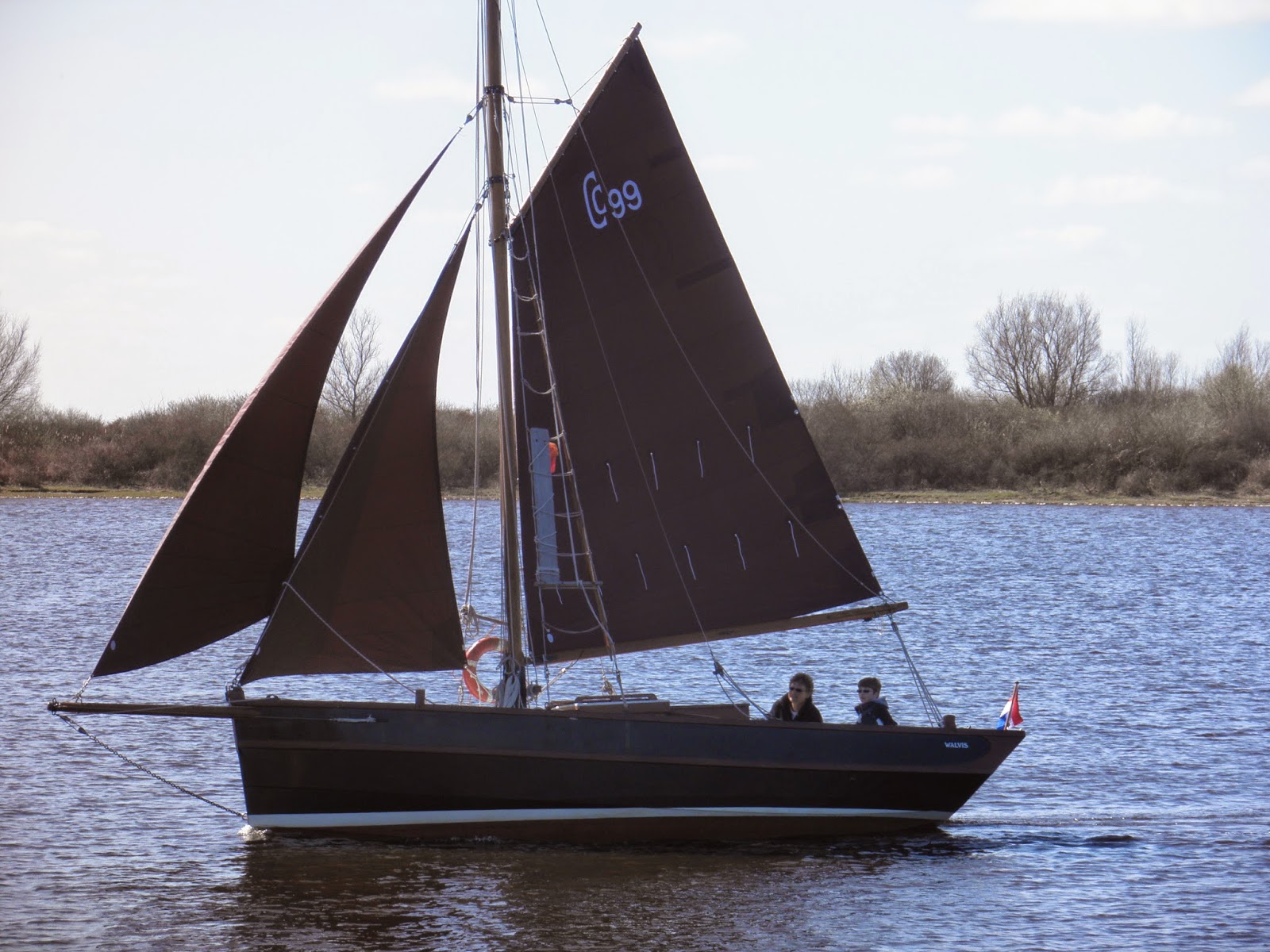 Wilko Braam who owns a Sailing School obught a Crabber for his expeditions on shallow water. We both thought the existing old sails had shrunk or the possible lenth of the spars was not optimal used, so we measured it up.
Resulting sails were made in Tanbark Supercruise, crosscut with battens, and bent on. All that is left is the topsail. I used to sail on Falmouth Working Boats with my friend Patrick Selman on his gaff cutter and remembered the often striped topsails the boats had. I ordered some blue and white 4 oz. cloth and hopefully the 'Walvis' with show it soon. Meanwhile she sails very well with her working sails.
Gepost door Frank van Zoest op 13:18 Geen opmerkingen: